About The Herbert Law Firm

Chicagoland Attorneys Who Will Fight for Your Rights when Injured, in Employment Discrimination and Criminal Defense Cases

Led by a former police officer and Cook County prosecutor, the team of attorneys at Herbert Law Firm offers a unique perspective when providing legal advice and services. Armed with first-hand experience in law enforcement, the knowledge that comes with civil and criminal defense in both simple and complex litigation, and a strong drive to pursue justice, our attorneys have developed a proven track record of success.

Former decorated law enforcement officer Daniel Herbert brings integrity, a passion for the truth and a drive for success to the table. During his tenure with the Chicago Police Department, Dan received numerous awards, including a Distinguished Service Award for his role in the apprehension of a dangerous offender. His experience in law enforcement puts Dan at an advantage in police misconduct and civil rights cases, disciplinary hearings and the overall protection of police officer rights.

After earning his law degree from DePaul University College of Law, Dan accepted a position as a Cook County Prosecutor. Beginning with the prosecution of DUI cases, he was soon promoted to the Felony Narcotics Unit, and then to the Felony Trial Division, where he served as the lead attorney in over 100 trials and prosecuted a wide variety of complex cases. Dan later served as an in-house attorney for the Fraternal Order of Police and spent five years representing hundreds of police officers in civil, labor, administrative and criminal proceedings.

Our Diverse Team Secures Successful Outcomes in All Types of Injury, Civil and Criminal Cases

Chicago is filled with people from all walks of life, and the circumstances that surround each of their cases vary significantly. It only makes sense that Chicagoans should be represented by Illinois attorneys who offer a diverse range of knowledge, skills and experience. At Herbert Law Firm, our attorneys bring an extensive array of abilities, experiences and techniques to the courtroom to ensure that our clients’ best interests and rights are always protected. From simple legal matters to complex litigation involving expert testimony, in-depth discovery, jury trials and more, our attorneys offer the competence and dedication necessary to help you achieve a successful verdict.

Our attorneys have provided legal services to thousands of Illinois residents in a wide range of cases. We have provided clients with legal advice and representation in criminal defense cases, when facing allegations of misconduct or civil rights violations, and while pursuing financial compensation for personal injury claims. Arguing before hundreds of bench and jury trials and a large number of administrative hearings, our lawyers have helped Chicagoans obtain satisfactory verdicts in both state and federal courts.

The Herbert Law Firm works with one of the most successful media consulting firms in the industry. We employ an aggressive media strategic approach in appropriate cases wherein we shape narratives and mitigate damage for our clients.

I hired Dan to help me with a defense case and he handled it extremely well. His prices, professionalism, and communication were impeccable. I'm astounded, but not surprised, that someone would write a one-star review in regards to the Van Dyke case because of their political stance. Everyone deserves a fair trial and representation in our country! If you were not represented by Dan Herbert - don't write a bad review and try and ruin a man's professional reputation.
Rent Chicago
Google Review
"Drop a dime and Dan's in time!" Dan is a great attorney and it doesn't hurt that he looks sensational in a Sergio Georgini custom-fit suit with matching leather zip-up ankle boots. Dan helped me to make the enlightened decision not to show up on the witness stand while hopped-up on prescription medications. It sounded counter-intuitive to mine ears, but I listened to Dan and everything turned out great in the end and I was able to resume my career as a franchise-pizza-chain magician (Though even under oath, I'll never tell how I can make a cigarette go through a quarter!). Thanks, Dan!
John Glynn
Google Review
I am writing this review to tell everyone about the the terrific experience I've had with the Herbert law firm. In 2018, I was wrongfully disqualified from consideration to the Chicago police department. I hired Herbert law firm for my appeal. My attorney Kelly did a terrific job of representing me during the hearing even on less than 24 hours notice. Her defense at the hearing was excellent as she poked major holes through the city's very flimsy case which consisted of a single sheet of paper listing a few minor disciplinary actions over the course of my 11 year career as a corrections officer in New Jersey. Had it not been for masterful legal representation, my hopes of becoming a Chicago police officer would have been taken away from me, and very unjustly so. To Kelly and everyone at Herbert law firm, thank you so very much. You have done more for me than I could have possibly hoped for. If anyone is in a similar situation, I strongly recommend hiring them. You will not regret it.
D !
Google Review
For unknown reasons to this day our first lawyer slowly faded from communicating with us which cost us a great deal of time and energy, so, retaining a new lawyer wasn't something we looked forward to. We didn't know who to turn to or what direction to even look. After asking around we were eventually referred to the Herbert Law firm. Thankfully, the referral was exactly what we needed. Dan is approachable and has a personable demeanor that we felt was so important when communicating and planning to what ultimately were life-changing decisions. His team was there when Dan couldn't be and they provided the professional services and communication that helped us stay informed. We feel lucky to have had Dan and we strongly recommend Dan and his team for those needing experience and reliable representation
Bill Thompson
Google Review
Dan and his office manager, Terri, make you feel welcome the second you walk through the door. No one knows Chicago like Dan. If you have any civil or criminal legal needs, contact Dan first.
Matthew Picchietti
Google Review
Best attorney in Chicago.
The Navy Bean
Google Review 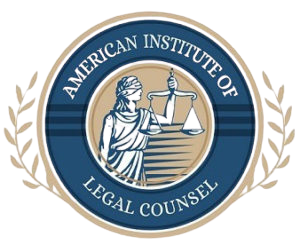