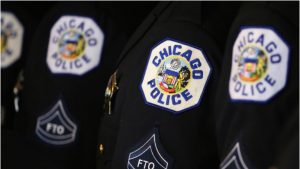 Chicago police rarely weed out recruits, but even a trainee booted from the academy can still wind up on the force.

Officer Peter Palka was fired from the department while undergoing training in 2007 after academy staff said he’d been unprepared, dishonest and a poor marksmen who repeatedly failed the shooting test, city records show.

However, after nearly a decade of persistence and legal action, he returned to the academy in 2016 after a favorable ruling by a Cook County judge, according to court and city records. He’s now assigned to a Near North Side police district.

His long legal battle shows the difficulties sometimes faced by the Police Department in the relatively rare instances in which it fires a recruit from the academy.

Palka first joined the Chicago police academy in 2006 after working as an auxiliary officer in Rosemont. But early on, he ran into a problem after divulging information about a “sensitive class” session to other recruits who had yet to undergo the training, according to city records. Palka promised in a letter to superiors he wouldn’t do it again, records show.

After his shooting failures, the department gave Palka extra training. But according to a departmental memo, academy staff found Palka lacked “basic fundamental firearms skills,” noting that he had admitted to not reading the firearms manual. However, he later maintained he had indeed read the manual months earlier but told the staff he hadn’t because he “was nervous and it seemed like the easiest answer,” the memo said.

In January 2007, Assistant Deputy Superintendent Matthew Tobias wrote to other high-ranking officers asking that Palka be fired for failing to read the firearms manual and lying about whether he read it. Lt. Ronald Pontecore wrote in a memo that “Palka does not possess the integrity or high standard of character necessary to be a Chicago Police Officer.”

Palka fought his dismissal in federal court, claiming he was fired for his Polish heritage, not his performance at the academy.

But the city prevailed in that litigation

Nonetheless, Palka reapplied to the Police Department and was in the midst of the hiring process when the city’s Human Resources Department disqualified him in a 2014 letter, citing “an incident(s) revealed during the background investigation.” Palka sought a hearing from the city’s Human Resources Board, which handles certain personnel disputes. But the board backed his disqualification, saying he’d been directed to read the firearms manual and did not do so, city records show.

Palka petitioned for review by the Cook County courts, arguing, among other things, that the city didn’t prove he had disobeyed any direct orders to read the manual because none had ever been given. Judge Kathleen Kennedy agreed, finding he couldn’t be ruled ineligible to join the department.

Palka’s attorney, Daniel Herbert, told the Tribune that he regarded the allegations against his client as “trumped up.”

“And I think it was proven by the ruling,” he said.

He passed the academy and is now a police officer.