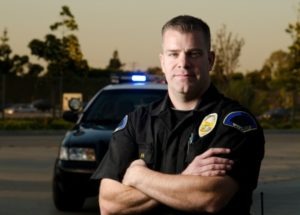 The Mayor recently announced that he was planning a hiring surge to bolster the ranks of the Chicago Police Department. This came as welcome news for all those living and working in Chicago. He promised to fill the vacancies that grown throughout the years due to hiring failing to keep pace with attrition. Ideally, the Department seeks to attract the best and brightest candidates for the job. However, in reality many desired candidates will forego the application process due to the challenges and scrutiny confronting law enforcement today.

The loss of qualified candidates is unfortunate but understandable considering the current climate. What can’t be tolerated, however, is losing qualified applicants due to arbitrary and discriminatory practices during the hiring process. Transparency has been the central theme of many police critics. Most departments, including the Chicago Police Department have recognized and heard the cries of the critics and have transformed their policies and procedures to stimulate a more transparent Department. Accordingly, we should assume that the application process to become a police officer will also become more transparent.

For years Chicago Police applicants have been disqualified for a variety of issues. In most cases, applicants are afforded an opportunity to challenge their disqualifications with a full evidentiary hearing before the Human Resources Board of Chicago. However, applicants who are disqualified based upon psychological testing results are not afforded the same right to a hearing. There is no reason given. How can this be fair? What is more, applicants are not allowed to see the test results which allegedly were the basis for the disqualification. Applicants are informed of their failure via an email which states simply that the disqualification is because of “the results of the psychological test.” The email is sent from a civilian member assigned to the Police Department’s human resource division. No further explanation is given. When an applicant attempt to see their test results, the City refuses and claims that HIPPA prevents such a disclosure. I have no idea how HIPPA would prevent an applicant from seeing their own test results.

I’ve been very critical of the psychological testing component of the hiring process, for good reason. I could write a years’ worth of articles describing the problems with the psychological portion of the hiring process. However, it is not the only testing component that is broken within the Chicago Police Department’s hiring plan. The polygraph examination is also veiled in secrecy and rift with questionable and discriminatory aspects. To begin, an applicant cannot be disqualified for “failing” the polygraph examination. Instead, applicants are routinely disqualified for “admissions” made during the pre-polygraph interrogation. My office has represented dozens of candidates who were disqualified because of answers given during this interrogation process. The examiners are all Chicago police officers who take pleasure in interrogating these kids who have never been in trouble and never been questioned by police. These kids are nervous and anxious because they desperately want to be police officers and they are respectful of the application process. Recently, I represented a female African-American candidate who was disqualified based upon an answer given during the polygraph interrogation. This young woman was a remarkable candidate in every aspect. She would have been at the top of the list of any Department in the country. She grew up in a gang infested neighborhood on the Southside of Chicago. She not only resisted the negative influences and temptations faced by a kid in such an environment, she thrived. She was an accomplished student athlete who was awarded an academic and athletic scholarship to a prominent school in the SEC. She graduated with a degree and went on to earn a Master’s degree. She also was an All-American track athlete in college and served as an alternate on the United States Olympic team. Her pedigree was impeccable. During her polygraph interrogation she was asked repeatedly about her representation that she had never used drugs. The interrogator could not believe that this young woman had led a drug-free life. She was asked about all illegal drugs and whether or not she had ever experimented. The interrogator was practically begging for some type of admission. She truthfully denied all accusations. Finally, she was asked whether or not she had ever taken prescription medication which was not prescribed to her. The young applicant remembered that she had once taken a prescription Tylenol that was prescribed to her father. One day when she was in high school she came home and complained to her father about a pain that she was having. Her father gave her one of his prescribed Tylenols. She was disqualified because she failed to admit this fact when she completed her personal history questionnaire . Thankfully we were able to challenge the department’s ridiculous decision and the Human Resource Board placed her back on the list where she belonged. Luckily, for the residents of Chicago, she accepted the job and currently serves as a Chicago Police Officer. I have spoken with other similarly situated candidates who were so disheartened by the process that they moved on to other opportunities.

I have cross examined a number of polygraph examiners during the Board hearings throughout the years. It is obvious that this testing phase is broken. The department employs numerous polygraph examiners, however, it appears only one is fully certified and licensed with the State. The others are licensed as “trainees.” Despite their limited certification, these examiners routinely conduct examinations alone. The examiners admit that they are required to conduct examinations only when under the guidance of a fully certified examiner, however, they believed that they comply with this requirement as long as the certified examiner is somewhere within the same building. Their explanation is preposterous and so is this phase of the employment process. These examiners, who clearly prefer interrogating young job applicants over hardened criminals, fail to recognize the difference between a mistake and an intentional falsification. The primary complaint about law enforcement officers is that they don’t tell the truth. They promote the code of silence. Ironically, applicants to the Chicago Police Department are being disqualified because of their honesty. As demonstrated in the example of my female client, but for her honesty she would have passed all phases and been assigned to the first available class. This promotes a very dangerous message for future police officers. The current testing process encourages deception. When future applicants learn of others that have been disqualified for admitting something during a polygraph interrogation, they will likely lie during their interrogation and avoid any admission that could serve as their disqualification. There is an online discussion forum devoted to this exact subject matter.

The new Superintendent has pleaded with his officers about the duty to tell the truth. In one of his first public statements after being appointed Superintendent he said, “I’m gonna put some things in place to ensure (officers) do feel they can admit honest mistakes,” Johnson said. “One thing I’ve learned over the years is a cover-up is always, always worse than an incident, always. So if they do make a mistake, own it, fix it.”

I encourage the Superintendent, the Mayor and the City Council to put their words into action and begin by transforming the hiring process for the Chicago Police Department. This can be done by simply providing transparency and encouraging honesty. Sound familiar?

Mike Herbert Sr., was an officer, eventually heading the security detail for Cook County State’s Attorney Dick Devine. (Devine, who calls Herbert “Danny,” has known him since he was 4.) Though the family lived in Rogers Park, his parents raised him and his siblings as Sox fans, as the South Sider paraphernalia that decorate his office attest.

Herbert joined the police force after college, then got his law degree at DePaul University College of Law and joined the Cook County state’s attorney’s office. During four years there, he rose to the felony trial division, prosecuting armed robberies, rapes and murders. That experience benefits Herbert in private practice, Devine says, because he’s comfortable in the courtroom. “He’s not going to plea bargain something away just because he’s afraid to go to trial,” Devine says.

Herbert left the state’s attorney’s office to become an in-house lawyer at the Fraternal Order of Police Lodge 7. While there, he realized many of the cops he represented weren’t happy with their lawyers. He thought he could do better, and he knew his union background would channel some referrals his way. In 2010, he decided to try.

“A lot of people were like, ‘What are you doing? It’s not a really good time to be opening a law firm,’ “ he recalls. “It probably shows the business sense in me. It was really the first time that I had thought about it. . . .I knew that I would do well, and I did.”

These days the FOP is his biggest client; the union’s legal defense web page links to Herbert’s site. He also represents the Police Benevolent and Protective Association and does some work for Chicago firefighters, Teamsters and members of the International Brotherhood of Electrical Workers. He’s a natural at shaking hands, Needham says: “You see him at wakes, he goes to retirement parties.”

The firm’s bread and butter is representing officers in mundane affairs—from DUI to employment discrimination, disability hearings to giving statements to internal investigators. Herbert has branched out into personal injury and family law to accommodate officers who seek the firm’s counsel for car accidents, dog bites or divorces. His rate runs between $250 and $350 an hour, while he charges a flat fee for certain routine matters, such as $10,000 to argue a case before the police board.

But the big cases involve police misconduct. Most recently Herbert represented Aldo Brown, an officer convicted in October of using excessive force who is now appealing. He was the lawyer for Juan Vasquez, one of two police officers who pleaded guilty to felony official misconduct after first being indicted on sexual assault charges; the city settled the civil case for $415,000.

Jon Loevy, a lawyer for plaintiffs in police misconduct cases, calls Herbert “a tough advocate for his clients,” often in cases with considerable evidence against them. But the potential downside to defending Van Dyke, says Loevy, is that “some subset of the population is not going to hire the firm that represented the guy who shot Laquan McDonald.”

Herbert knows that. Van Dyke’s case likely will generate $300,000 to $400,000 for the firm, but Herbert still thought hard before taking the 38-year-old officer’s case. “My primary concern was that it was going to kill my criminal business,” he says. While cops do make up the bulk of his work, about 30 percent of it is criminal defense unconnected to law enforcement. He worried that black clients “would look at me as somebody that’s supporting a menace and a terror to their community.”

He senses disapproval from white acquaintances who, likely never having faced a criminal charge themselves, speak as though the Constitution makes exceptions to the right to a zealous defense. He also has received death threats, one serious enough to prompt him to briefly move his wife and four children out of their North Side home.

Long term, representing Van Dyke may give him a platform as an expert in the use of force, Herbert says. The subject fascinates him, and he has trained with the Mankato, Minn.-based Force Science Institute, which critics have faulted for its near universal support of police. He has already received calls from officers outside Illinois seeking representation and from media outlets wanting to quote him on the subject.

In the meantime, he continues to face challenges similar to those of any entrepreneur, like deciding when to hire staff or how best to foster other lawyers’ rainmaking talents. He isn’t targeting a specific revenue goal or number of attorneys. He’s chasing wins; and, if he gets them, he figures the clients will follow.